Who Are the Sherpa People of Nepal?

Sherpas are a group of ethnic people from Nepal well known for living in high altitudes in the Himalayas, close to Mount Everest.

Who are the Sherpas of Nepal?

Sherpas are a Nepalese ethnic group renowned for their rich culture, superior climbing skills and extreme endurance for high altitudes. Sherpa have lived in the country's high altitudes for generations and have long served as guides and porters, whose local expertise has been invaluable for tourists visiting the area. Sherpa Adventure Gear has been created to allow you to enjoy the adventure of life without being held back by the elements, replicating the Sherpas’ admirable way of life. Although well known for their invaluable assistance, we want to delve into who the Sherpa people are, their culture and traditions to show how they are so much more than just incredible mountaineers.

A brief history of the Sherpa people

As previously mentioned, Sherpa translates to “people from the east” which references their origins in Khams, eastern Tibet. Although originally nomadic, in the 15th century Sherpas began to migrate to Nepal, earning a living for many centuries as traders (salt, wool, and rice), herders (yaks and cows), and farmers (potatoes, barley, and buckwheat). Through word of mouth, it’s understood that four groups migrated from Kham in Tibet to Solu-Khumbu at different times, creating four separate Sherpa clans: Minyagpa, Thimmi, Sertawa and Chawa.

Where do Sherpas live?

The Sherpas of Nepal live in the Solu-Khumbu district, in the surrounding area of the Himalayas. Recent studies have shown they are able to cope with the extremely high altitude as they are able to increase the number of red cells in their blood, increasing its oxygen-carrying capacity.

The Sherpas are traditionally Tibetan Buddhists of the Nyingmapa sect, and have drawn much of their religious tradition from the Rongphu monastery, located at 16,000 feet on the north side of Mount Everest. They are also associated with the Red Hat sect, a religion named after the colour of the monks' hats at formal occasions. This includes the three oldest of the four main schools of Tibetan Buddhism.

What are the culture and traditions of the Sherpa people?

The Sherpa people have strong cultural beliefs and rich heritage that centre around the belief that small, micro-cosmic changes will benefit the world when carried out with consideration for others and the natural world. This is naturally reflected in their willingness to aid tourists in their mountaineering expeditions and their close-knit patrilineage.

Although the Sherpa community are an ethnic group indigenous to the Himalayan region, the term has become mainly associated with those that assist tourists keen to climb Everest. Mostly young men, Sherpa guides are not just the muscle behind any expedition - carrying extra gear such as oxygen bottles, water, and food - they are also expert navigators. Enduring freezing temperatures of -30C down to -50C, they help climbers to negotiate icefalls, avalanches, and extreme altitude.

Today’s Sherpas are thought to descend from a small number of ancestors that settled in Nepal several centuries ago. Traditional Sherpa society is still divided into clans, called ru, which are passed down through the male bloodline. Ru therefore roughly corresponds to the surnames of Western societies. Males of the same ru are expected to share identical Y-chromosome haplotypes (a group of genes inherited from one parent).

Who are the most famous Sherpas?

The Sherpa community is made up of extremely selfless and humble individuals that aren’t the type of people to seek fame or recognition for their accomplishments. However, a majority of their achievements are mean feats that aren’t always able to go unnoticed.

Tenzing Norgay GM OSN, born Namgyal Wangdi, and also referred to as Sherpa Tenzing, was a Nepali-Indian Sherpa mountaineer. He was one of the first two individuals known to reach the summit of Mount Everest, which he accomplished with Edmund Hillary on 29 May 1953.

Lapka was the first Nepalese woman to climb and descend Everest. At 48 years old, she has climbed Everest nine times, more than any other woman climber.

Babu is recognised for his two world records relating to Mount Everest. He managed to stay on the summit for 21 hours without auxiliary oxygen and also completed the mountain’s fastest ascent in 16 hours 56 minutes. Babu climbed Everest ten times but sadly died during his 11th attempt.

Pem Dorjee is a Sherpa mountaineer and has climbed Mount Everest twice. The second expedition was with his girlfriend Moni Mulepati where they exchanged wedding vows on May 30th 2005, becoming the first couple to be married on top of the mountain.

How is Sherpa Adventure Gear linked to the Sherpa People?

Sherpa Adventure Gear was originally created by Tashi Sherpa, a Nepalese local who wanted to give something back to the people of his country.

Our clothing has been developed to provide explorers with high-quality materials and innovative technology for their travels, while also providing the people of Nepal with ethical employment and continuous education.

Many of the children also have family members that are employed by Sherpa. For example, our jewellery and knitted hats are handcrafted in small women co-ops in the ancient city of Bhaktapur right outside Kathmandu. 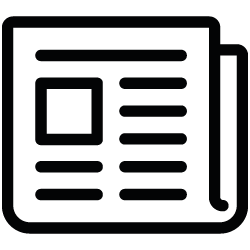 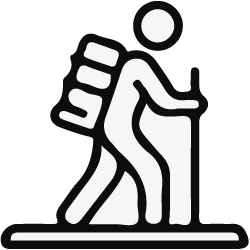 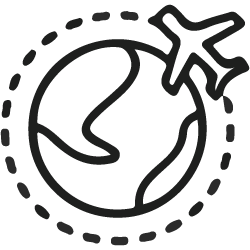 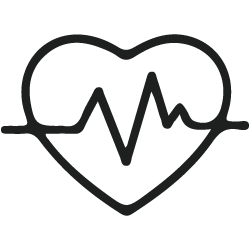